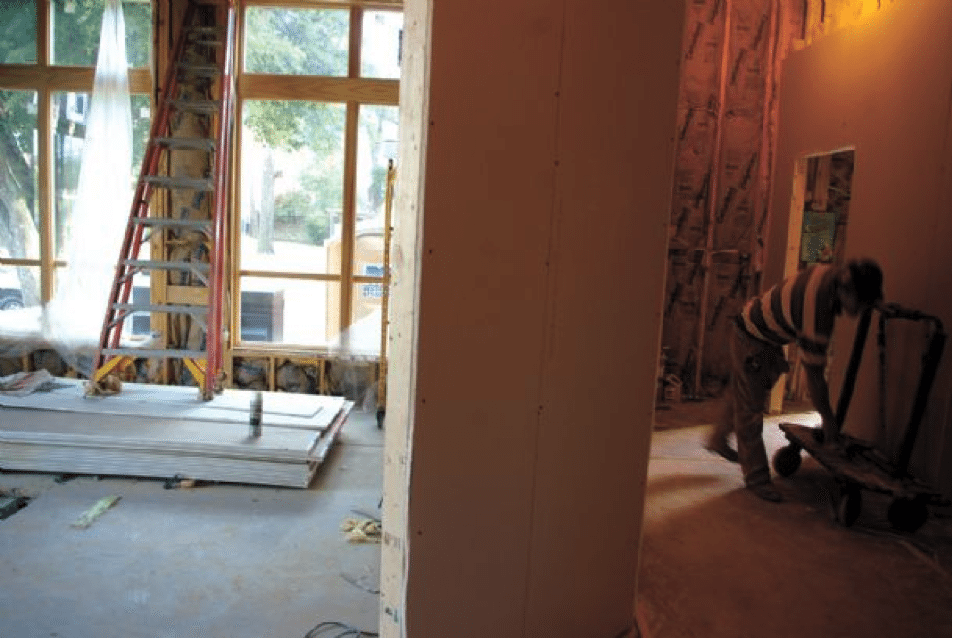 A Columbus bank is putting part of its operations in the vacant first-floor space of the building that also houses the Columbus-Lowndes Convention and Visitors Bureau.  Bill West, president of Renasant Bank’s Columbus financial-services division, said Renasant bought a little more than half of the undeveloped space to house its financial services division.  “We’re real excited about the prospect of having that,” he said Jan.18.  The occupy date is sometime in April, West said.

“It was a shell,” he said of the unfinished space, noting it still had a dirt floor before West Brothers Construction began work.  The bank hired Jim Ferguson a few months ago to head its financial -services division and didn’t have a space at its 905 Main St. building to put him and his staff.  Five to seven employees will inhabit the space, Ferguson said.  He has more than 30 years of experience in Columbus banking. Ferguson began working in Renasant’s wealth management and trust services about seven months ago.  Until the new space is ready, he is working in temporary quarters at the bank’s Starkville office.

The new space will provide estate planning, retirement planning and investment services, said Ferguson, who is senior vice president and trust officer.  The amount of money the bank paid for the space is not available at this time; however, the bank’s director of external affairs said it may be made public at the ribbon cutting.  John Oxford in the bank’s Tupelo headquarters said Monday the work is 75 percent complete. Without knowing the final cost, it would be premature to speculate.

CVB staff moved into the new building this past April after 11 months of construction on the two-story structure at the corner of College Street and Third Street South. The $2.5 million building includes office space on the first floor and condominiums on the second floor.  The CVB paid $734,881 to buy and finish 4,000 square feet, about half of the building’s first floor, said Ronnie West of West Brothers Construction.

The condominiums occupy 8,900 square feet. West said three condos are for sale and five have been sold. The entire building is about 19,000 square feet.