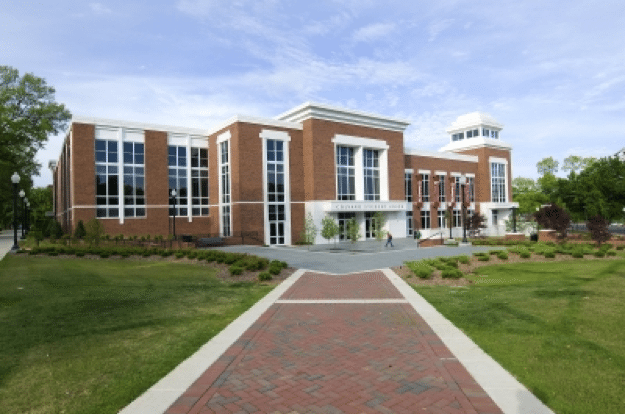 STARKVILLE, Miss.–Mississippi State’s extensively renovated and expanded student union building is receiving special recognition from an international organization.  The Dean W. Colvard Student Union, which reopened in January 2008, is among eight featured recently in the Bulletin of the Association of College Unions International. Also spotlighted in an article titled “Renovation & Construction Showcase” were similar collegiate facilities in California, Indiana, Nebraska, Pennsylvania, Texas, Utah, and Wisconsin.  ACUI membership includes hundreds of institutions of higher learning throughout the United States and six other countries. The Bulletin, a full-color, bi-monthly magazine, is the official publication of the Bloomington, Ind.-based non-profit organization.

The Union–its original name–opened in 1964 as Mississippi State’s “campus living room.” Over the next decade, its nearly 9,400 square feet of assignable space for recreational activities, dining, meetings and assemblies areas, and staff offices were determined to be inadequate for meeting the needs of a rapidly growing student population.  Sitting on a portion of land previously occupied by the mammoth Old Main Dormitory, the center-campus building was renamed in the mid 1980s for the land-grant institution’s 12th president in whose administration its construction was approved. For the most part, however, the three-story structure remained largely unchanged until early 2006, when the expansion and renovation efforts got under way.

“In addition to altering the old building, we added 17,000 square feet of new space,” said director Edwin M. Keith. “The Colvard Student Union now is a modern facility that embraces and blends well with the history and traditions of the state’s largest university.”

Keith said the project was made possible through a combination of state funding, student fees and university support. The building’s design was created by JH&H Architects of Jackson, with construction completed by West Brothers of Columbus.